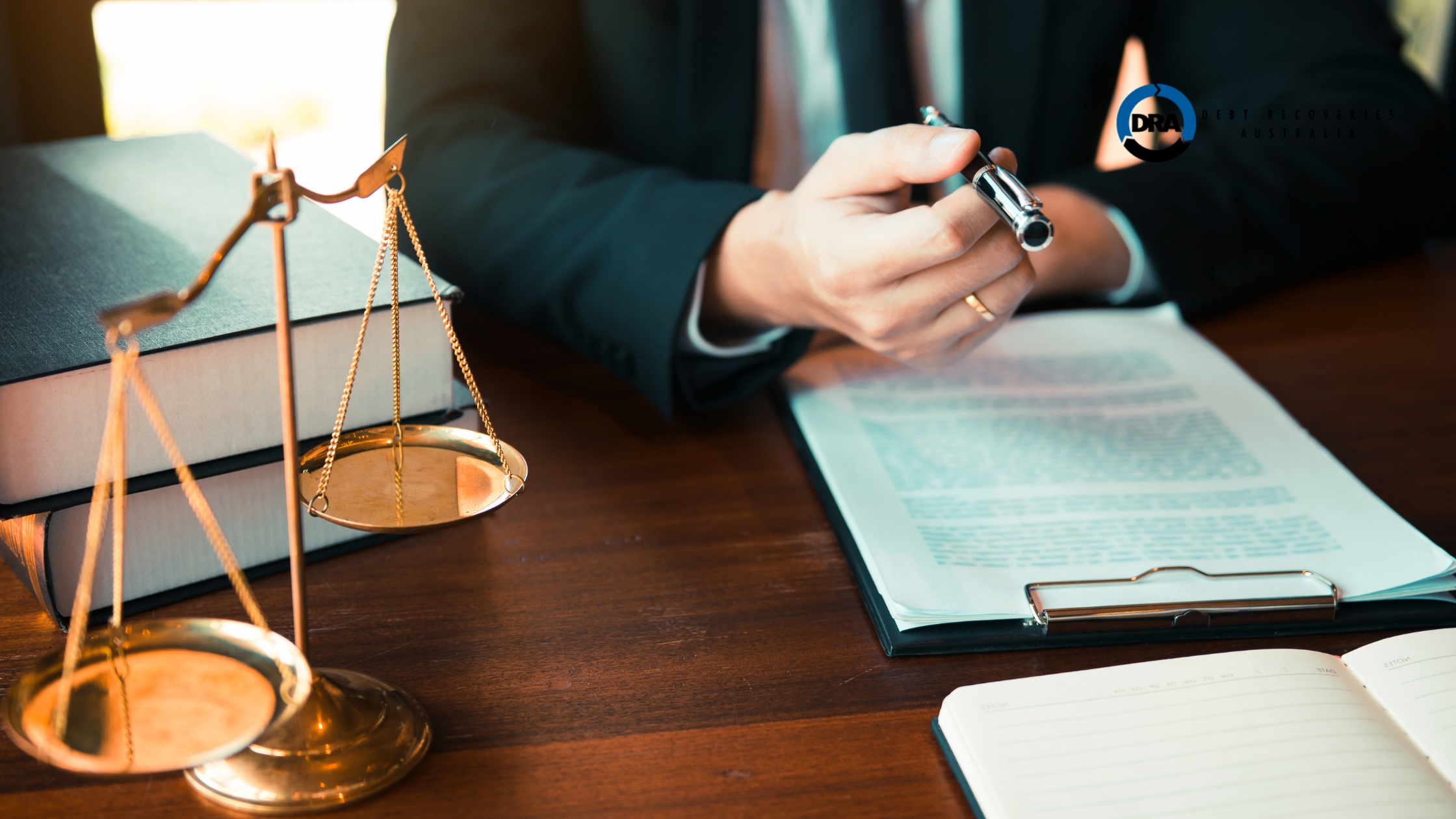 Posted on May 30, 2022 by Debt Recoveries Australia

How to Issue Legal Proceedings for a Debt in Victoria

If traditional debt collection methods fail, legal action may be necessary. Only if the debt is greater than $5,000.00 and the debtor or company has assets to satisfy the debt would Debt Recoveries Australia propose legal action. There are a few additional things to think about, but these are the two main ones. We refer the situation to our legal team at ADC Legal Litigation Lawyers if we are satisfied that the criteria for legal action have been met.

What is the legal process, we are frequently asked? How does it all begin?

To begin, small claims actions are lawsuits filed in court against an individual, a partnership, or even a business or corporation. Small quantities of money due to you or your firm can be effectively recovered using these procedures.

The method of small claims debt recovery in Victoria, Australia is explained in this article.

The debt must be legally enforceable in order to collect money through small claims debt recovery. Furthermore, the National Credit Code and the National Consumer Protection Act of 2009 have no effect on the debts.

A demand letter is the initial step in pursuing a small claims case. This can be done prior to filing any paperwork with the court. Make a demand for the money you’re owed in your letter, but don’t harass the person who owes you money.

Also, make sure your demand letter does not appear to be sent straight from the court. It is critical to be truthful and transparent, rather than misleading or deceitful.

Our first objective at Debt Recoveries Australia is to collect the money without resorting to legal action. When the debtor responds to your letter, always try to reach an agreement on payment before taking legal action.

If you can’t come to an agreement on a debt due to you, you can file a claim in your local small claims court to get the money back by legal methods. These claims can be filed in either local Magistrates’ Court or the Victorian Civil and Administrative Tribunal in Victoria (VCAT).

Each location has a distinct function. The Magistrates’ Court can hear claims worth less than $100,000 that are less than six years old. For those attempting to recover modest debts outside of the Melbourne metropolitan region, or for those who do not fall into the VCAT categories, the Magistrates’ Court may be the best choice.

When debts are covered by the Australian Consumer Law and Fair Trading Act of 2012, or ACLFTA, VCAT is employed. The debts are usually for goods or services. There are several potential remedies available when filing under the ACLFTA, however there are also limitations, such as filing costs, no-cost shifting, and no viable remedy for disputes that occurred before September 1, 1999.

You will almost certainly be able to recover the money owing to you, whether you recover it by demand letters or by filing claims in Magistrates’ Court or VCAT. If the debtor is ordered to pay you by the Magistrate, the order is legally binding.

Similarly, the VCAT Tribunal Member has the authority to make legally binding liability findings. The debtor is legally required to return the amount if the Magistrates’ Court or the VCAT issues a decision in your favour. They may be required to pay interest as well as some of your legal fees in some situations.

Trying to collect on a debt can be stressful, but knowing that Victoria has procedures in place to assist creditors in recovering debts due might alleviate some of that anxiety.

You may also consider outsourcing to a professional debt collector, such as Debt Recoveries Australia, to properly handle and collect on unpaid payments in addition to filing a small claims action.