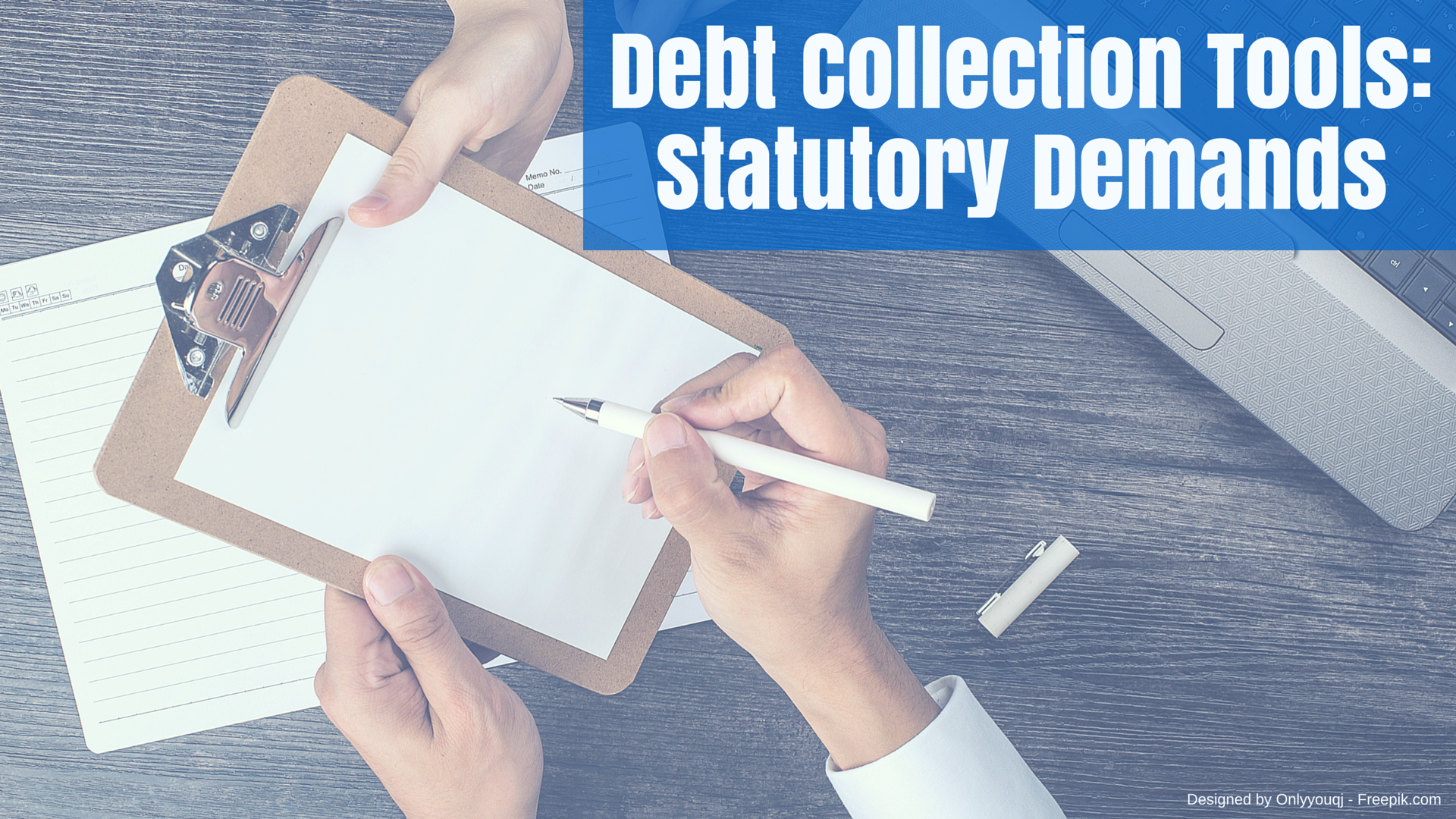 Hi, my name is Adam Stewart, Debt Collection Expert and owner of Debt Recoveries Australia. Following on from my previous blogs about debt collection tools that debt collection experts use, we’re talking about Statutory Demands this week.

What is a Statutory Demand?

A statutory demand is an effective and (relatively) inexpensive method for a creditor to recover a debt of at least $2,000.00 owed by a company. Statutory demands provide a powerful incentive to companies to pay their debts.

A statutory demand is a formal request made by a creditor for the payment of debts owed by company, issued pursuant to Part 5.4 of the Corporations Act 2001 (Cth). In serving the public interest, this statutory regime functions as a tool to prevent or discourage companies from trading whilst insolvent and potentially incurring further debts, which will not be repaid. [1]

It is common for creditors to use statutory demands to ascertain whether a company can pay its debts and to compel a company to do so. A company on which a correctly formulated statutory demand has been served has 21 days within which to either:

While statutory demands are a tool commonly used by creditors as a means of compelling a company to pay its debts, doing so may be frowned upon and it has been long established that it [may] amount to an abuse of process. The Courts have often followed the approach of Sir George Jessel MR in Niger Merchants Co v Capper that, “[w]hen a company is solvent, the right course is to bring an action for the debt”, and concluded, “[s]o, to pursue a winding-up petition in such circumstances is an abuse of process of the court.”

Section 459E of the Corporations Act 2001 sets out the requirements for statutory demands. They must:

Setting aside: The company against which the statutory demand has been issued can apply to the court to have it set aside.

A court may set aside a statutory demand if it is satisfied that:

Importantly, if a company is successful in its application, the Court will likely order the creditor to pay the company’s legal costs of that application.

Creditors should be particularly aware of the most common mistakes fatal to a statutory demand. They include:

If done correctly, Statutory Demands can be a very effective and certainly a powerful debt collection tool. Using a Statutory Demand can be cheaper, faster and more efficient in recovering debts due than other methods and if done properly can be done in circumstances where the debtor must deal with you and do so urgently.

Indeed, a Statutory Demand can be used a quick means of a debt recovery.

If you have more questions on statutory demands,contact us at Debt Recoveries Australia on 1300 799 511. You may also send an email to email@debtrecoveries.com.au or Skype at debtrecoveries.