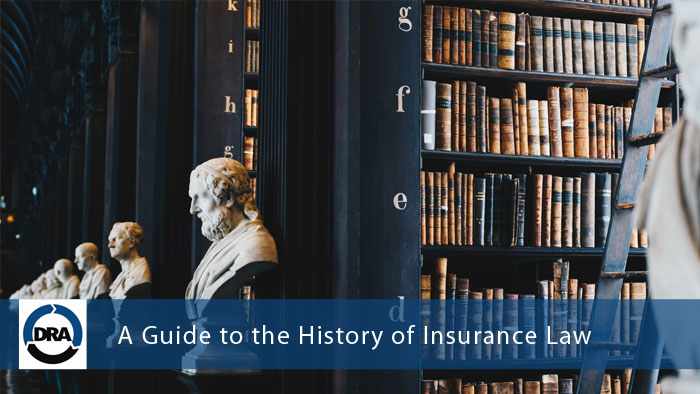 A Guide to the History of Insurance Law

In ancient periods, some governments provided a risk guarantee for merchants against  the perils of the sea, attacks by enemies or bad weather conditions. According to Livy,1  in 215 BCE, during the war of Iberia, the Roman army was in urgent need of supplies.

grain to them, with the Republic agreeing to indemnify the merchants against the risk of  enemy attacks and bad weather.2

the transfer of risk. This is arguably the beginning of modern insurance; with the insured  person paying a premium to the insurer and the insurer in return agreeing to cover the

insured person against the perils of the sea.3

Around the 15th century, the Lombard merchants introduced marine insurance business  to London and the Hanse merchants of Europe. In 1574, Queen Elizabeth granted

Richard Candler the right to establish an insurance office for the purpose of drafting and  registering insurance policies.4 The first English Statute specifically concerned with

Court of Assurance was similar to a tribunal and dealt with a limited range of insurance  disputes.6

Insurance soon became prominent and was introduced in many other areas. Events

Assurance Company which insured against death or injury caused by railway

employers to insure against death and personal injury.9

18th and 19th centuries, with each colony inheriting the English common law. The current  legislation that governs general insurance in Australia is the Insurance Contracts Act

insurers, insured persons and other members of the public.10 The ICA came into effect

on the 1 January 1986. It was enacted pursuant to Commonwealth’s power under

section 51 (xiv) of the Commonwealth of Australia Constitution Act (Cth).